Home » News » Ten commercial applications of graphene in the future

Ten commercial applications of graphene in the future

Graphene has outstanding properties and a wide range of applications. It is currently mainly used in energy, composite materials, filtration and purification. However, due to the high R&D cost of graphene and not yet fully industrialized, the market application has not been fully promoted. In the future, as the technology and commercialization mature, graphene is expected to be applied in more and more fields. For example, the following ten commercial fields are developed and applied. 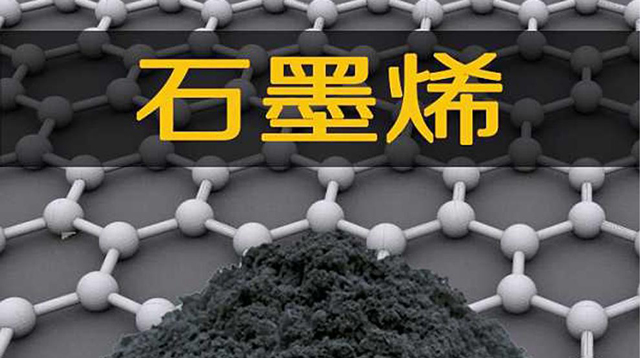 New energy batteries are an important area for the first commercial use of graphene. Earlier, the Massachusetts Institute of Technology in the United States has successfully developed flexible photovoltaic panels with graphene nano-coatings on the surface, which can greatly reduce the cost of manufacturing transparent and deformable solar cells, which can be used in night vision goggles, cameras and other small Application in digital equipment. The successful development of graphene super batteries has solved the problems of insufficient capacity and long charging time of new energy vehicle batteries, and has greatly accelerated the development of the new energy battery industry. This series of research results paved the way for the application of RGO in the new energy battery industry.

In addition, some researchers have confirmed that they have prepared a lithium-ion battery made of RGO and silicon. The battery can be used for a week on a single charge and can be charged in only 15 minutes. Huawei has also released its research on graphene-based lithium-ion batteries, which have higher heat resistance and twice the life span of traditional lithium-ion batteries.

By adding some graphene to the surface of the material, and other process assistance, the performance and function of the polymer system can be improved. Adding a small amount of graphene can double the stiffness and strength of epoxy resin, and the compression performance of carbon fiber reinforced system is significantly improved, which is expected to provide a new generation of stronger polymers for aerospace, high-performance automobiles, wind energy and sports applications And composite materials.

Some researchers added carbon nanotube graphene to an epoxy resin compound and coated it on the leading edge of a helicopter rotor blade, which can melt a 1 cm (0.4 inch) thick layer of ice under certain conditions.

International wheel manufacturer Vittoria sells bicycle wheels made of graphene-reinforced composite materials. Graphene can provide wheels with advantages such as heat dissipation (15-30°C lower) and increased lateral stiffness (over 50%). Applied Graphene Materials announced that it has provided graphene materials for the production of fishing rods made by Century Composites in the United Kingdom. HEAD also launched a graphene-enhanced ski for women, named Joy, which is intended to be lightweight and durable.

Graphene has been greatly developed in sensor applications due to its unique characteristics (including large volume ratio, unique optical characteristics, and excellent electrical characteristics). For example, it has been applied to the diagnosis of glucose, cholesterol, hemoglobin and cancer cells. At the same time, it can also be used as a pH sensor to detect pollutants. Because graphene-based pressure sensors have a small footprint and light weight, they are also particularly attractive to the aviation industry.

Graphene does not oxidize in air or biological fluids. By applying biological capture molecules and barrier layers to graphene, and then controlling the voltage difference between the graphene and the liquid of the biological test sample, the graphene circuit can be configured as a field effect biological sensor. Among the various types of graphene sensor types, the biosensor is the first commercially available sensor.

In the medical field, graphene is expected to be used as a drug delivery platform to treat cancer, and it may also be used as an enhancer in tissue engineering. But these are unlikely to enter the market in the near future, and speeding up their commercial promotion has become a hot topic.

Tissue engineering: Graphene is used as an enhancer in tissue engineering to improve the mechanical properties of biodegradable polymer nanocomposites in the application of engineered bone tissue.

Bioimaging: The graphene solution that is functionalized and dispersed in surfactant has been designed as a blood pool MRI contrast agent. In addition, iodine and manganese doped with graphene nanoparticles have become multi-mode MRI computed tomography (CT) contrast agents.

Graphene 3D Lab Company initiated private equity financing, and Graphene 3D Lab Company announced the launch of a non-agent private placement with a total price of 3.4 million Canadian dollars (about 619,000 US dollars). Each unit contains one common share and one non-transferable stock purchase warrant. The company said that the proceeds will be mainly used to expand its business and general working capital purposes.

Graphene oxide is used as an additive for coatings and can be used on various surfaces from glass to metal. Through simple chemical modification, the resulting coatings behave like graphite in terms of chemical and thermal stability, but they become very strong mechanically, almost as tough as graphene.

After using graphene as a conductive additive, the problem of darkening of the primer color caused by the conductive agent can be avoided, which is very beneficial to the improvement of automobile electrostatic spraying. The data shows that after adding 2% to 4% graphene, the primer coating value is 40-50, which can fully meet the chromaticity requirements of electrostatic spraying for automobiles.

Graphene-based inks can provide high conductivity, flexibility, high-speed printing and low-temperature curing, which means that the printed matter can be rubbed, bent, and wrinkled without damage, and it can stably resist temperature, humidity and corrosion, which is Special applications such as medical equipment, energy storage devices, high-resolution displays, and electrochemical and biochemical sensors have opened the door to printed electronics.

Packaging company MWV collaborated with Vorbeck Materials to create graphene-based packaging for products that require embedded security systems. Its sensors can detect when the product is moved and when it is taken out.

Rice University creates flexible and efficient solid-state micro-supercapacitors. Researchers at Rice University used their earlier invention of laser sintered graphene (LIG) for flexible solid-state microcapacitors, ahead of other competitors in energy storage and release. According to reports, this laser-sintered graphene solid-state microcapacitor can be charged 50 times, charging faster than batteries, and discharging slower than traditional capacitors, and can be as convenient as commercial supercapacitors in both charging and discharging. This equipment uses commercial lasers to sinter electrode patterns on plastic sheets at room temperature to solve the manufacturing bottleneck of the popularization of microcapacitors due to complex manufacturing process conditions.

In addition, aiming at the characteristics of RGO materials, there will be huge business opportunities in smart phone cooling films, lithium batteries, semiconductors and other applications in the future. International technology companies such as Samsung, LG, Google, IBM, and Huawei have already invested heavily in graphene. Technology research and development; At the same time, a large number of RGO heat dissipation films are also used in the product line, which are installed on the circuit board inside the mobile phone to help the processor dissipate heat and conduct heat to the outer case.

Prev : What problems are easy to occur in the die-cutting process of release paper?