Introduction to the principle of Nano Micro Suction foam Tape

Introduction to the principle of Nano Micro Suction foam Tape 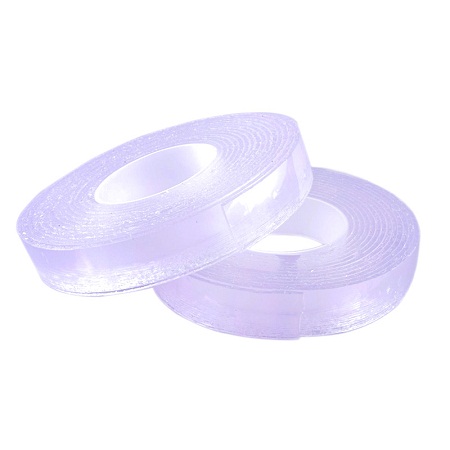 According to the calculation, due to the effect of Van der Waals force, when two aspiring planes are 10Å apart, the gravitational strength between them can reach 10-1000MPa; when the interval is 3-4Å, it can reach 100-1000MPa. This value far exceeds the strength that can be achieved by the best modern structural adhesives. Therefore, some people think that only when the two objects touch well, that is, when the adhesive is sufficiently wet on the bonding interface, and reaches the aspiring state, the effect of the dispersion force alone is sufficient to produce a high bonding strength. However, the actual bonding strength is very different from the theoretical calculation. This is because the mechanical strength of a solid is a mechanical property, not a molecular property, and its size depends on the nature of each part of the material, not the sum of the molecular effects. The calculation value is based on the assumption that the two ambition planes are in close contact and that the effect between the molecules of the pair of molecules on the interface layer is damaged together, and the effect of ensuring the effect of the molecules between the pair of molecules cannot occur together.

The polarity of the adhesive is too high, which sometimes seriously hinders the progress of the wetting process and reduces the adhesion. Intermolecular effect is an element that provides adhesion, but it is not the only element. In some special cases, other factors can also play a leading role.

Next : How to remove the traces of nano magic tape on the wall?