Home » News » How is the polyimide CPI film produced?

How is the polyimide CPI film produced? 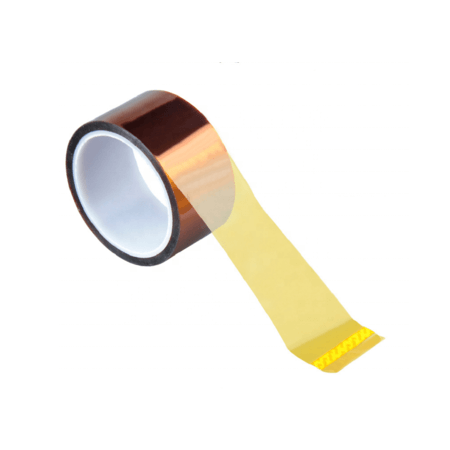 The production of polyimide cpi film is basically a two-step method, the first step: synthesis of polyamic acid, the second step: film-forming imidization. The film forming methods mainly include the dipping method (or aluminum foil gluing method), the casting method and the salivating stretching method (biaxially oriented stretching method). The PI film produced by the salivation method can currently be used in a small amount in the production of relatively low-grade FCCL. The film produced by the stretching method (biaxial orientation method) has significantly improved performance, but the process is complicated and the production conditions are harsh, the investment is large, the product price is high, and high-quality film products with high dimensional stability and low moisture absorption can be obtained. The polyimide film used for flexible copper clad laminate is a variety made by this method.

In the early days, the polyimide cpi film developed by DuPont was of the homobenzene type. This type of film is produced by the polycondensation reaction of pyromellitic dianhydride (PMDA) and aromatic diamine in a polar solvent to produce an intermediate polyamic acid, which is then cast, removed of the solvent, and dehydrated and closed-looped (imidization). Conversion from polyamic acid to polyimide.

The process of producing PI film by the salivation method is: uniformly spreading the polyamic acid (PAA) solution onto a continuously running metal belt, and following the movement of the metal belt through a drying box to evaporate a part of the solvent, and partially dried PAA film It can be peeled off from the metal belt, dried by the heating roller, and then quenched and coiled to obtain a continuous length of film. Such a process is called salivation. During the salivation molding process, because the solvent has to be evaporated, and the price of the solvent is relatively high, it is necessary to increase the solvent recovery system to reduce the cost. The process of making PI film by solution salivation is shown in the figure below.

The main equipment, preparation steps and product detection of PI film production by salivation are as follows.

After defoaming, the polyamic acid (PAA) solution is pressed into the drool nozzle storage tank on the front handpiece from the stainless steel solution storage tank through the pipeline. The steel belt runs at a uniform speed in the direction shown in the figure, and the solution in the storage tank is taken away by the scraper in front of the drooling nozzle to form a liquid film with a uniform thickness, and then enters the drying tunnel to dry.

The clean and dry air is sent into the heater by the blower and preheated to a certain temperature, and then enters the upper and lower drying channels. The direction of hot air flow is opposite to the running direction of the steel belt, so that the temperature of the liquid film gradually increases during drying, and the solvent gradually volatilizes, increasing the drying effect.

The polyamic acid film runs with it for one week on the steel belt, the solvent evaporates into a solid film, and the film peeled from the steel belt is guided to the imidization furnace through a guide roller.

After the product is manufactured, its tensile strength, elongation at break, power frequency electrical strength, surface resistivity, volume resistivity, etc. should be tested.

The PI film is produced by the salivation method, the length is not limited, the peeling is convenient, the flatness is good, and the thickness is uniform. However, the precision of the equipment is higher; and the viscosity of the PAA solution is larger, the defoaming and filtering are more difficult, and the production speed is slower. Therefore, the salivation method is mainly used for plastic products with high melting temperature and high melt viscosity, which are not suitable for extrusion or calendering, or plastic products whose decomposition temperature is very close to the melting temperature.

Uniaxial stretching equipment is relatively simple, however, although it enhances the mechanical properties of the material in the stretching direction, it also makes the mechanical properties of the material in the vertical direction even worse than that of the unstretched. Therefore, people’s interest in biaxial stretching is increasing. Bidirectional (biaxial) stretching can orient the molecular chains along a plane, thereby making the material have good planar properties. Bidirectional (biaxial) can be divided into secondary stretching and primary stretching. The so-called secondary stretching is to use a set of rollers with different drilling speeds to stretch parallel to the axial direction to a certain multiple (longitudinal stretching), and then use the gradually expanding opening angle on the jig guide rail to stretch a certain amount perpendicular to the axial direction. Multiple (horizontal stretch).

The bidirectional stretching method generally adds a stretching orienting device after the salivation method, the film is heated to a specified temperature, and is greatly stretched, so that the molecular chains are aligned neatly along the stretching direction, one direction is unidirectional, Horizontal and vertical are two-way stretch. The strength after stretching is 3-5 times better, heat resistance, cold resistance is improved, and physical properties are significantly improved. High-quality membranes use this method. FCCL, which has high requirements in terms of performance (dimension stability, etc.), uses PI films produced by the biaxial orientation method.

The stretching method used in PI film is now subdivided into two types: single stretching method and drooling-stretching method. At present, the industry is more respected. The PI film is prepared by the salivation-stretching method. The film is formed by drooling the PAA solution, and a part of the solvent is evaporated to form a film. In the polyamic acid stage, the directional stretching is performed to make the molecular chains have a certain degree of regular arrangement. This is conducive to a balanced, stable and consistent product performance.

In the preparation of PI film by the biaxial stretching method, the main factors that affect the performance of the stretched film are:

(1) Stretched films of the same variety often differ greatly in their final structural properties due to differences in process parameters such as draw ratio, draw speed, and draw temperature. In general, it can be summarized into two points: First, under the specified drawing ratio and drawing temperature, the faster the drawing speed, the higher the degree of molecular orientation. Second, at a prescribed stretching speed and stretching temperature, the greater the stretching ratio, the higher the degree of molecular orientation.

(2) Does the polymer have a tendency to crystallize? The specific implementation process of stretching is different. For polymers that do not have a tendency to crystallize, stretching is relatively easy and can be directly stretched. When the molecular weight is relatively large, the degree of molecular chain orientation is low. The crystallization of the polymer has a significant effect on the stretching process. When the crystalline polymer is stretched, it is not easy to increase the degree of orientation. Therefore, the polymer should be as free of crystalline phase as possible before stretching. The method is to heat the polymer above the melting point to break the crystal, and then quench to maintain the amorphous state. Secondly, the stretching process makes macromolecules arranged regularly, and it is possible to form induced crystals. In addition, even if stretching is performed in a constant temperature chamber, if the thickness of the stretched film is uneven or the heat dissipation is poor, the entire process is actually not isothermal, and the quality of the resulting product is relatively poor. Therefore, it is preferable that the polymer having a tendency to crystallize is stretched under a temperature gradient.

Next : What are the characteristics of thermal conductive silicone sheet?