Home » News » How to control the film thickness during the preparation of optical film?

How to control the film thickness during the preparation of optical film?

As one of the fields of precision manufacturing, optical film preparation has a degree of precision often reaching the level of nanometers or even nanometers. Therefore, the complexity of its preparation is self-evident. Sometimes small mistakes will lead to the loss of the whole market. Bring great difficulties. 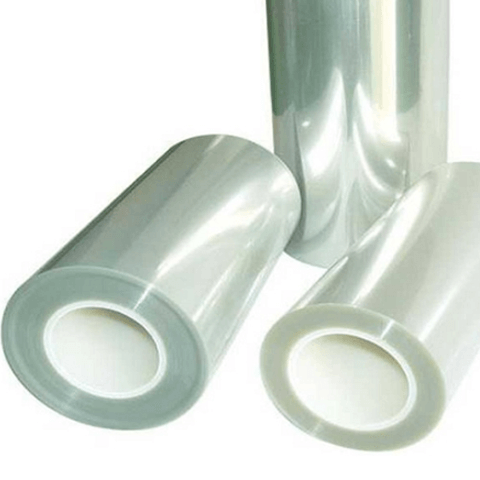 The preparation of optical film is a complicated process. It is obtained by evaporating or sputtering a large solid material, passing through the gas phase, and finally condensing on the substrate. In the preparation process, it includes environmental vacuum conditions (vacuum degree), The influence of multi-faceted process factors such as evaporation rate and substrate temperature has a large deviation from the ideal state of the microstructure and chemical composition of the film, which ultimately leads to changes in the film's mechanical properties, laser damage threshold, and optical properties.

Among the many process influencing factors, the most influential and easily observable is the thickness uniformity of the film, which will seriously affect the physical properties of the film. According to the preparation experience, the uneven thickness of the film will cause a large shift in the spectral performance of the film For example, during the preparation of the AR coating, the transmittance of the film will be low. Secondly, it will also affect the laser damage threshold of the film, the film stress, etc., as the article said: the difference is a thousand cents, and thousands of miles . Therefore, the film preparation equipment is often equipped with a highly accurate film thickness monitoring system.

Factors affecting the uniformity of the film

The jig refers to the jig of the substrate, which is a tool for placing the substrate. It is an indispensable device in coating equipment. Since the vapor molecules will eventually be deposited on the substrate, the fixture has an effect on the uniformity of the film.

The influence of the mask

Appropriate use of masks can correct the distribution of film thickness. A static mask is placed in front of the substrate rotating along a single axis of rotation, and the radial distribution of the film thickness is corrected by cutting the mask. The size of the mask with the correct shape can be approximated by theoretical calculation, and then modified according to the experimental results to determine its final form.

After the substrate is cleaned, it should be put into the coating room as soon as possible, and then use glow discharge to do the last cleaning before coating, usually 5 to 10 minutes, the discharge equipment uses a high-voltage DC power supply (of course, there is also AC), at an appropriate pressure A glow discharge occurs underneath. During glow discharge, the surface of the substrate is bombarded with positive ions, effectively removing all light and thin residues. Most coating machines have used it as standard equipment. In addition, it should be noted that the time interval between stopping the discharge and starting to plate the first film should not exceed 3 minutes. Otherwise it will seriously affect the performance of the film, especially the adhesion between the film and the substrate will deteriorate.

Next : What is ETFE membrane material and what are its characteristics?