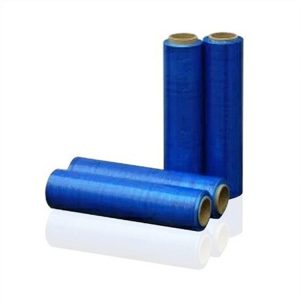 First of all, regarding the PVC protective film, it is actually an uncoated film. In this respect, it will also protect the electrostatic adsorption of the product to adhere to the article, and from this point on, Speaking of it, it is mostly used for the active surface of adhesive or residual glue, and it is mostly used for very smooth surfaces such as glass, lenses, high-gloss plastic surfaces, and acrylic.

So about the characteristics of the PVC protective film among the electrostatic protective films: First of all, we actually need to pay attention to that it will be a PVC rolled product: thin contrast, uniform thickness, excellent flattening; after that, The transparency of the product itself is better, the water ripple is smaller, and the crystal point will be less; after that, the static resistance value is higher, and the electrostatic effect is better.

After that, the PVC protective film is better in viscosity, and after that, the viscosity can be adjusted according to customer needs; in addition, the product itself will actually be more in line with national working standards. After that, please pay attention to the matte PET protective film, which is suitable for photoelectric film, diffuser, light guide plate, film to protect LCD, touch screen, mobile phone, digital camera and PDA screen. Avoid scratching when using, and protect the screen. effect.

Finally, for this series of products, optical matte polyester film is used as the base material, which is coated with specially formulated imported adhesive, and then the release film is laminated, and then the protective film is laminated on the hardened coating surface to be rolled up. to make. After that, we should actually pay attention to the fact that the base material is also a matte type imported material. The matte effect is better. The surface is specially treated with abrasion and scratch resistance. At this time, it also has anti-glare, anti-scratch, anti- Worn out function.

Next : Future hot melt adhesives, see which one you need?